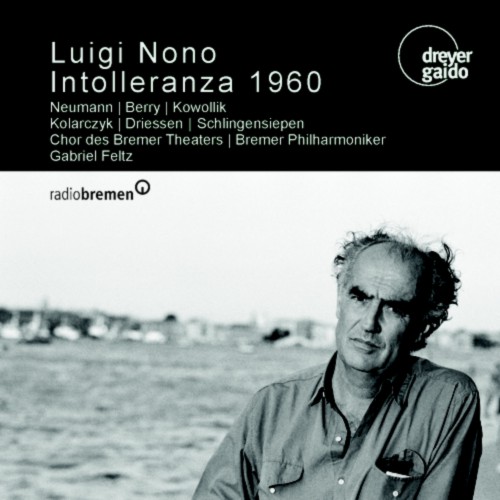 Intolleranza 1960 was Luigi Nono's first work for the opera stage and is a flaming protest against intolerance and oppression and the violation of human dignity. The year in the title refers to the time of the work's origin. It was commissioned for the 1969 Venice Biennale by its director Mario Labroca. The first performance was conducted by Bruno Maderna on 13 April 1961 at the Teatro La Fenice in Venice. The premiere was disrupted by neo-fascists, who shouted "Viva la polizia" during the torture scene. Nono's opponents accused him of poisoning Italian music.

A co-production with Radio Bremen